Three of Japanese maverick director Sion Sono’s films I’ve seen this year, are all fantastic in their own ways (there was one exception), but Tag (aka Real Onigokko) was, in my opinion, his best film of the lot. The film does everything in its power to consistently surprise, shock, thrill, ridicule and provoke the audience all at once in a short running time. A film that comes close to Tag would be Tetsuya Nakashima’s kaleidoscopic and nihilistically insane The World of Kanako, which has a knockout performance from Koji Yakusho. Sono’s other film; Tokyo Tribe was pure anarchic, chaotic and unruly fun, with fantastically unhinged performances, catchy songs, enthralling set/costume design and many laugh-out-loud moments. For a 180 degree turn in tone, Sono’s family film, Love & Peace was a pleasant surprise that, despite the problematic first act, has likable characters, (again) catchy songs, an endearingly kitschy low-fi fantasy world and in my opinion, the cutest turtle that has ever appeared on screen, animated or otherwise.

Another Japanese film I watched was Yoshihiro Nakamura’s Prophecy. Having the same touch with his storytelling as his previous films (which is more about character than plot), Prophecy is great dramatic viewing, if not as good as his previous film, The Snow White Murder Case. But the Japanese films that surprised me were 100 Yen Love and When the Curtain Rises. Although I knew that Sakura Ando would give a typically glorious performance, the execution of what the film essentially is (a boxing movie) is what transcends it from a typical boxing film to a special underdog story. As for Rises, I thought it would be a terrible film due to irritatingly cutesy acting and clumsy direction from the man that made Shaolin Girl. But thankfully, I was wrong. The acting was surprisingly good from idol group Momoiro Clover Z and Katsuyuki Motohiro’s direction was surprisingly subtle, which makes every achievement from the characters earned without feeling phony or contrived.

As for animated films, The Case of Hana and Alice was a pure delight (particularly for a fan of the first film) but newcomers can equally enjoy the prequel of a blossoming of a beautiful friendship. When Marnie Was There (the newest and possibly the last Studio Ghibli film) was also a beautifully realized fantasy that shows that love transcends all, and is a suitable swan song for the acclaimed animation studio.

As for Chinese cinema, the newest film from Taiwanese director, Hou Hsiao-Hsien, The Assassin was dreamy and refreshing in the best way, even for a wuxia film. The way it strips the Chinese swordplay genre to its bare essentials while still adding a sense of haunting realism works well within Hou’s direction. Another Taiwanese film I enjoyed was Murmur of the Hearts by Sylvia Chang (who’s last film was 2008’s Run Papa Run). The drama was very well-handled without being manipulative; with fantastic acting (it was so good seeing Isabella Leong back on screen) and it is even more effective if you watch it as a character study. Speaking of Sylvia Chang, her work (acting/screenwriting) of Office, directed by Johnnie To was also a great watch, a fine musical but an even better drama. Shame about Chow Yun-fat not singing though.

The Taking of Tiger Mountain, by Tsui Hark, was loads of fun to watch (even without the 3D) and it still surprises me of how he took a true story and turned it into what is on screen and got away with it from Chinese censors. Full Strike, a HK sports comedy, was also a lot of fun that harkened back to 90’s HK comedies in the best way, while also combining anime-style antics to the sports genre that is reminiscent of Stephen Chow’s Shaolin Soccer. Andrew Lam steals the show as the master, who is eerily like Stephen Chow’s frequent co-star, Ng Man Tat.

For Korean cinema, Han Gong-ju was a masterclass of acting (if not storytelling) and so was A Girl at My Door, with Bae Doona and Kim Sae-ron. The latter gave a fantastic performance especially when you consider how much of a challenge her role was. A Hard Day was a near-perfect piece of entertainment that combined thrills and black comedy really well. My Ordinary Love Story lives up to its title but something happens in the film that makes it one of the most surprising things I’ve witnessed. No spoilers, but it must be seen to be believed. The Beauty Inside was also an entertaining film, although it could’ve mined more food for thought given its compelling premise. Coinlocker Girl shows Kim Go-eun as a force to be reckoned with and Kim Hye-soo giving her best performances in a long time, although the story drags a bit too long to its finish.

For disappointments, SPL 2: A Time for Consequences was one of them due to its incredibly contrived and laughable script. (Message by emoji? Please.) Strayer’s Chronicle, a sci-fi film by Takahisa Zeze was surprisingly dull considering the source material, the cast and the director himself. Shinjuku Swan was also a big disappointment that goes to show that even a director like Sion Sono gets his talent diluted for a commercial film. Memories of the Sword was also a big disappointment due to the laboured and plodding storytelling, although the actors try their best. But the biggest one was Ghost Theater. Once hailed a master of horror, director Hideo Nakata completely blows it all with a film so laughably bad, it had to be intentional as a horror parody. 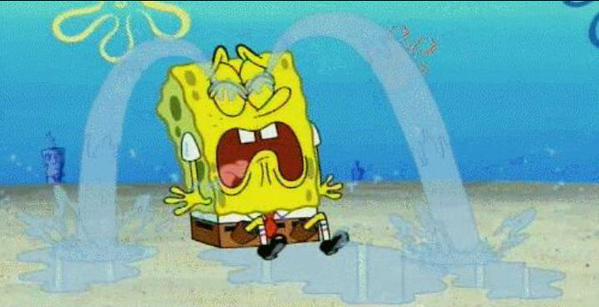 That’s my view on Asian films in 2015. I wish I could’ve seen more (films like Bakuman, He Remembers She Forgets and Madonna I just missed out) but hey, good things come to those who wait. And I hope in 2016, great things happen all at once.