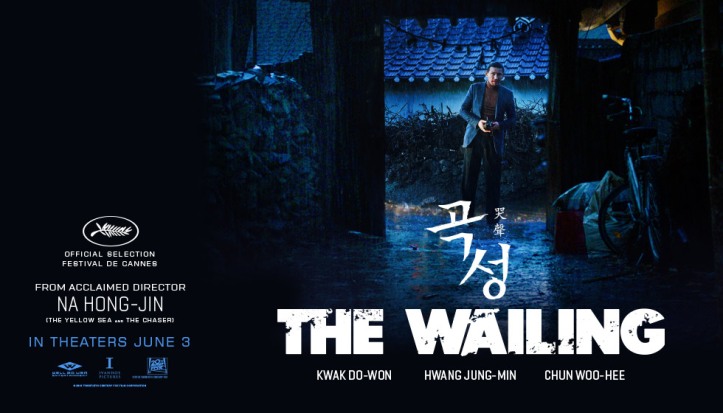 EXPECTATIONS: One hell of a bumpy ride.

REVIEW: Na Hong-jin is on one hell of a roll with his films. Famous not only in his native South Korea but all over the world, his films have thrilled audiences with their unforgivable nihilism, brutal violence and emotionally draining stories. And he’s only done TWO feature-length films: The Chaser and The Yellow Sea. And now he has The Wailing, a movie that took SIX years to make and has gained considerable buzz from its Cannes Film Festival premiere out of competition. So much that it was fast-tracked for cinema release at various countries (thanks to 20th Century Fox), including Australia (home of yours truly). Taking on different genres and mixing them in a blender, he has made his most ambitious film to date. But does it result in a film worthy of its hype and acclaim?

Within a seemingly peaceful village, Gokseong (eerily similar to the Korean title of the film), a plague of mysterious and violent deaths suddenly take place. The police conclude poisonous wild mushrooms (or overly potent magic mushrooms) are the cause.. Freeloading and laid-back police officer Jong-Goo (Kwak Do-won) hears a rumour from a co-worker about a mysterious Japanese man (Jun Kunimura) living nearby. The rumour declares that the Japanese man as the prime suspect causing these deaths. Jong-Goo, while on duty, meets Moo-Myeong (Chun Woo-hee) in a very amusing fashion. She tells Jong-Goo that she saw the Japanese man where the last deaths took place, causing Jong-Goo to doubt himself. Later, Jong-Goo’s daughter, Hyo-Jin (Kim Hwan-hee) gets afflicted with the same symptoms as the recently deceased and Jong-Goo becomes desperate to save her as well as to stop the culprit from causing these mysterious deaths. Meanwhile, Jong-Goo’s mother-in-law hires a shaman, Il-Gwang (Hwang Jung-min) for his help and knowledge on these supernatural events and when all the elements collide, the heat is on.

Mentioned earlier, director Na Hong-jin mixes many genres in The Wailing and he does it extremely well. Comedy hasn’t been used in his earlier films but there are some scenes that are very funny and even fit the context of the film. For example, the scene when Jong-Goo meets Moo-Myeong for the first time, she constantly throws stones at him like a mischievous child. The scene is funny within of itself but when you put the scene in context of its themes involving religion and the supernatural, it makes perfect sense. It is moments like that give the film lots of replay value. Na also dwells into the horror genre with ease and skill. Knowing to make characters human and worth caring for as well as making the horrors more implicit than explicit, Na makes the audience squirm for all its worth and it is fantastic to witness. A scene where Jong-Goo and his friends are attacked by a possessed victim is inspired due to the masterful editing which combines thrills, dark humour, gore to one hell of a set-piece.

Speaking of editing, a fantastic scene involves two shamans chanting and conjuring to dissuade the curse away (and vice-versa) at the same time and it crosses back and forth, confounding the audience on who is doing more harm and good to the victim. The editing is fantastic and builds tension to almost unbearable limits. The fast pace, the cinematography and the nihilistic tone certainly gives a grim sensibility, but thanks to the sprinkled dark humour, the audience does gets some much-needed levity that temporarily puts them at ease. The religious themes that are explored like Catholicism and Shamanism give the story plenty of food-for-thought, especially on deciding who the villain really is and what is truly the face of evil. Once you know the suspects, director Na plays around with the audience’s allegiance and sympathy to extremes, making the climax such a nail-biter. 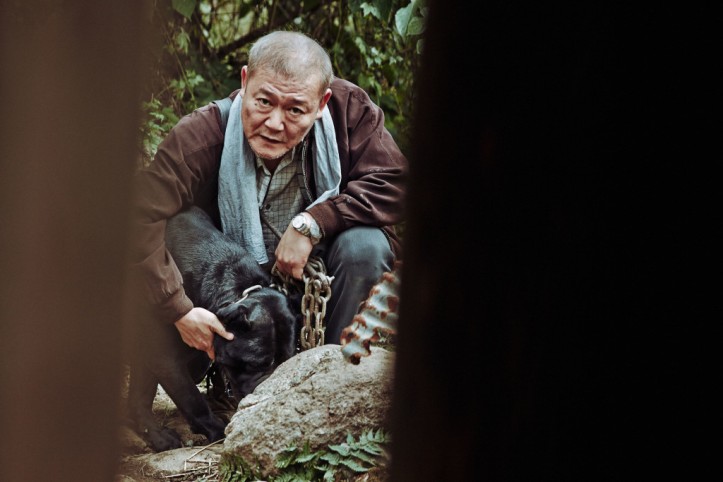 None of this would have worked as well without the fantastic cast. Kwak Do-Won, who has been a character actor (including one of Na’s films, The Yellow Sea) for a long time, sinks into the lead role and plays it for all its worth. The dopey side, the conflicted side, the desperate side, he plays them all well. He makes very questionable decisions throughout the film, some to the point of almost angering the audience but Kwak shows his character’s humanity so well, that it comes off as suitably pathetic and sympathetic at the same time. Jun Kunimura makes the most out of his role as the prime suspect that even a stare can draw shivers down the audience’s spine. Hwang Jung-min makes his character compellingly enigmatic and considering Hwang’s star power and director Na’s audience manipulation, his character will provide plenty of discussion after the movie is over. Ditto for Chun Woo-hee (whom I loved in Hang Gong-ju), who plays her role as almost child-like upon her introduction to something else entirely in the third act. Kim Hwan-hee is fantastic as Hyo-jin, and her chemistry with Kwak gives the film heart, which makes the tension with her character’s affliction very hard to bear. Her portrayal of her character’s sickness and possessed state is a marvel to see and I liked director Na’s choice of NOT distorting her voice, since it keeps the realism and does not take the audience out the story. The supporting cast all play their roles well, but it is the main four that make the film.

Na’s second film, The Yellow Sea was criticized for its convoluted plot, its excessive content and its overlong running time, and The Wailing is not much different. As for its excessive content, that is a matter of audience expectations but the plot may throw people off, particularly the choices of characters that drive said plot. Some are very questionable or intentional when looked into context, but it my irk viewers looking for answers. Even so, the ending of the film is very well-done and will provoke much audience discussion about the events that preceded it. The running time is overlong, but to be honest, I cannot think of a scene that could be cut, especially when the pacing is fast and the plot is never boring.

South Korean films are well known for their dramatic films, but surprisingly not so much for their horror films. While there are some positive cases (like A Tale of Two Sisters and The Host), their recent fare has not stood out much in terms of worldwide acclaim. But The Wailing puts South Korea back on the horror genre map and I cannot recommend this film enough. Believe the hype. I loved this hideous thing. 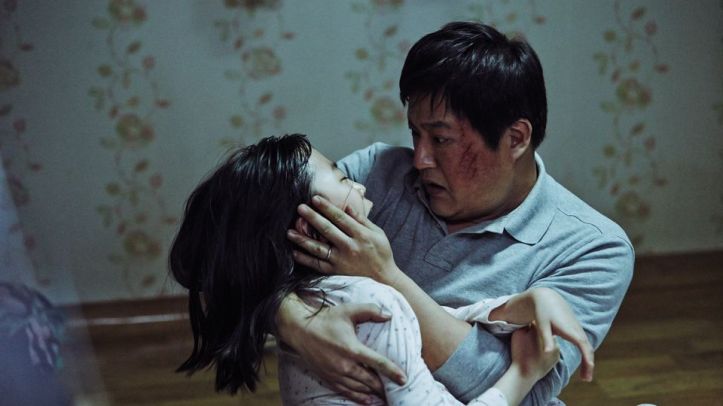 Fantastic performances from the cast

Expert use of dark humour inter-spliced within the dramatic scenes