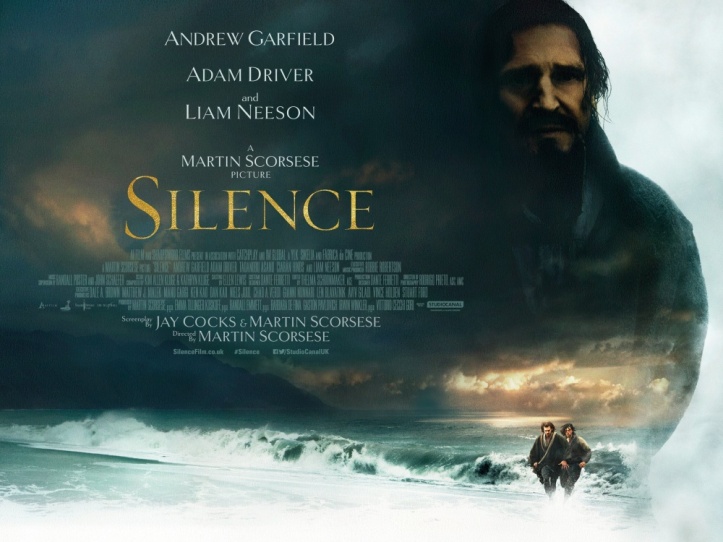 REVIEW: If there’s one film-maker off the top of my head that, in my opinion, hasn’t made a bad film, that film-maker would be Martin Scorsese. Venturing from genre to genre with ease (Who can go from the family fantasy Hugo to the dark comedy The Wolf of Wall Street just like that?) and always applying professional care and passion within his projects, Scorsese is a film-maker whose work I will definitely watch, no matter what the subject is.

In the case of his newest film, Silence, the film explores themes of religious debate and how far faith can go within our lives. It’s not the first time Scorsese has explored these type of themes, with his earlier films The Last Temptation of Christ and Kundun variably show, but Silence has been in the making close to 40 years; which is clearly a passion project for him. Has the time spent paid off in spades, or will it just end up being a footnote in an otherwise, sterling filmography? 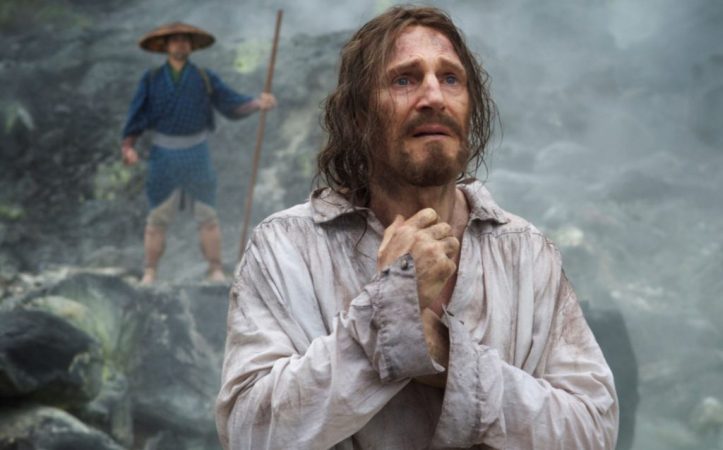 Set in 1635, the film opens with Father Ferreira (Liam Neeson) being shown captive in Japan over the fact that Catholicism is outlawed there, leading Ferreira to be tortured (through the use of scalding hot spring water) to renounce his faith.

Back in Macau, two Jesuit priests, Father Rodrigues (Andrew Garfield) and Father Garupe (Adam Driver) receive word of Ferreira’s story, and are shocked in disbelief. Willing to see the truth for themselves, they set forth to Japan to try to find their mentor as well as spread the word of Catholicism. But little do they know about the world they venture in, the things that they see and experience will change and challenge their beliefs forever. 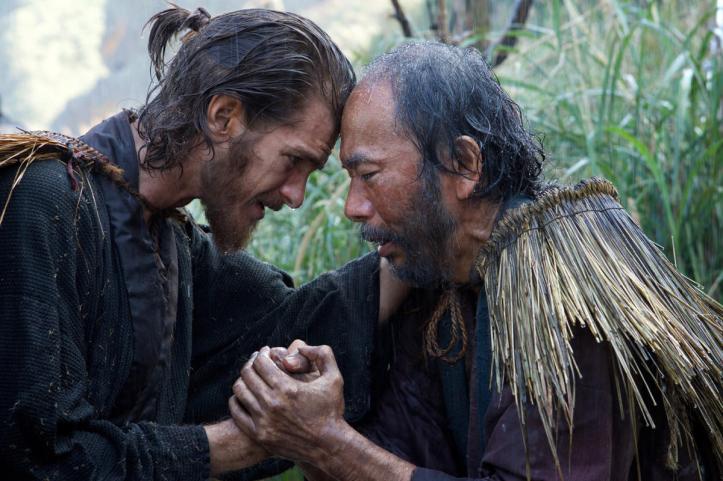 I have to admit, due to the subject matter, I was quite hesitant about this film. Not being a religious or devout person myself, and having little to no prior knowledge about the themes shown, I was afraid that I would be left distant throughout. While it may not be the masterpiece that people were expecting, Scorsese hasn’t let us down as Silence is clearly his most heartfelt and personal.

All of Scorsese‘s films have great production values and Silence is no exception. Looking as if Scorsese is doing an homage to Japanese cinema by using all of its film-making tropes (deliberate pacing, very little edits, lack of musical score etc.), the film crew are all capably up to the task. The cinematography by Rodrigo Prieto and production design by Dante Ferretti (whom previously collaborated with Scorsese for The Wolf of Wall Street) is spectacularly naturalistic, capturing the vistas of Taiwan (substituting for Japan) beautifully, while also capturing the period details as well the chaos of the ideological conflicts in the story.

The editing by Scorsese veteran Thelma Schoonmaker is admirably restrained, which may look like a surprise when you compare it to her contribution in The Wolf of Wall Street. The faint musical score is thankfully isn’t as bombastic as the music in the trailer (like the scenes of torture), although for those who are not knowledgeable about the subject matter will find it hard to know how to emotionally engage themselves at some particular moments i.e.  a scene in the third act where a certain character is being forced to do something he or she doesn’t want to do. The themes of the film are quite thought-provoking and certainly adds to the value of the film i.e. the juxtaposition of pride and faith, the questionable reliance of God (hence one of the reasons of the film’s title).

The actors certainly are up to the task to support Scorsese‘s vision. Andrew Garfield has had a good year in 2016 with both this and Hacksaw Ridge, and he gives a great performance as Father Rodrigues, as he shows the many facets of the character (the passion, the pride, the obliviousness) very well, which is quite a feat considering that his character isn’t unlikable in the slightest.

The Caucasian supporting cast, consisting of Liam Neeson, Adam Driver and Ciaran Hinds are all good with the parts they are given, especially Neeson, whose presence is felt throughout the film despite a small amount of screen-time. But it is the Japanese cast that make the biggest impression.

Yosuke Kubozuka essentially plays the Judas-like role in the film as Kichijiro, and he nails it, showing the feral instincts of humans perfectly whilst also showing conflicting views on how to look at faith. Shinya Tsukamoto, who is well-known as a fantastic director, gives a committed performance as Mokichi, a villager whose absolute faith in Catholicism could lead to certain danger, while Tadanobu Asano is low-key menacing as the interpreter for the Inquisitor, played by Issey Ogata.

Speaking of Ogata, his role is the biggest standout of the Japanese cast. Whether that is a good thing will be up to the audience. Unsure of whether he is meant to be menacing or comedic (or both?), his performance is quite reminiscent of Christoph Waltz‘s performance in Inglourious Basterds. The performance can deflate dramatic scenes at times, while in contrast, the comic relief could also be just that: a relief. Which is quite suitable considering the grim subject matter.

For those who are into Japanese cinema, there are many cameos from famous stars and character actors that they will appreciate i.e. Ryo Kase, Nana Komatsu, Hairi Katagiri, Asuka Kurosawa, AKIRA EXILE, SABU, Shun Sugata, Yoshi Oida and many others.

As much as I like to brand this film as a masterpiece, there is just too many flaws for me to do so. The subject matter is told too esoterically to the uninitiated; the pacing is too slow for the film to be engaging throughout; the lack of music does hurt the film due the lack of pushing and telegraphing the film’s dramatic moments and it is the result of these two that Scorsese fans will probably think that Silence is too subdued for them.

Funnily enough, the violence in the film, while it is intense in how detached the film dwells on it, shouldn’t bother people much, since the similar thematic film, The Passion of the Christ, was also very violent, but much more unrestrained when compared to Silence.

Overall, Silence is not one of his best films, but if you like his earlier films that dwell upon religious themes, this compares favourably and is clearly a passion project for Scorsese that is well worth checking out. It may not be entertaining per se, but it is most certainly an illuminating experience.

The subject matter is too esoterically told

The pacing can be too laborious for some