REVIEW: “Live-action family movies are somewhat of an endangered species these days as most family entertainment is now animated.” That is a line that is spoken by the director of the film Show Dogs, Raja Gosnell, who has a long pedigree (pun intended) of films that involve canines, as well as family entertainment.

Starting off with Home Alone 3, a film I personally liked since it came out (and includes a young pre-fame Scarlett Johansson), he also made the amusing rom-com Never Been Kissed and the action-comedy Big Momma’s House, a terrible rip-off of Mrs. Doubtfire.

Since then, he venture onto family films like the Scooby-Doo films, which I enjoyed due to the performances of the cast (particularly Matthew Lillard and Linda Cardellini). Then he did crummy family films like Yours, Mine and Ours, The Smurfs films and Beverly Hills Chihuahua; the latter being the best one out of the three due to one laugh.

And five years after The Smurfs 2, he’s back with a vengeance with another family film. Back in the doghouse with a talented cast in check and familiar territory, will Show Dogs be a funny family film that will bring back the supposed endangered species of live-action family movies? 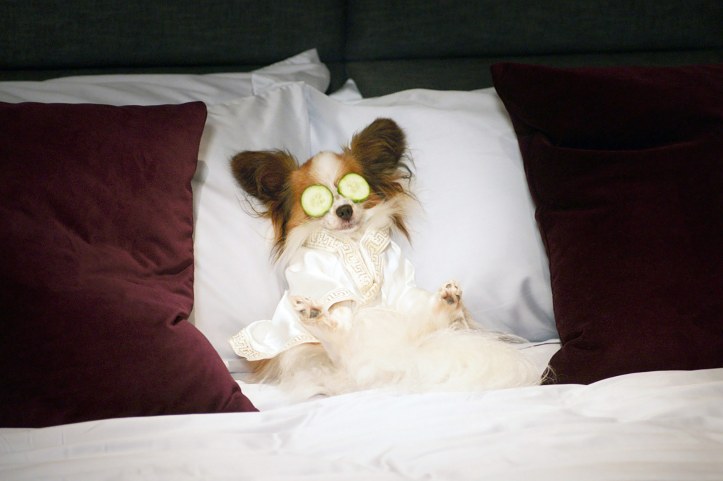 In a world where humans and talking dogs co-exist (although it is confusing as to how much they understand each other), a tough Rottweiler police dog named Max (voiced by Chris ‘Ludacris’ Bridges) is ordered to go undercover as a show dog in a prestigious dog show with his human and incompetent partner Frank (Will Arnett) to stop an animal-smuggling scheme that is using the dog show as a front. 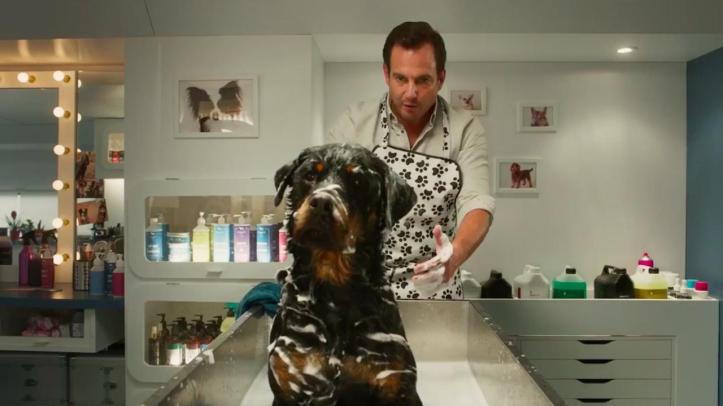 Back to the remark that Gosnell said, it is quite an insulting thing for him to say considering that the Paddington films, Peter Rabbit, the live-action Disney films, Wonder and many more came out recently. It’s even more insulting that in the film, a character remarks that “no one makes talking dog movies anymore” and the film proceeds to provide a compelling reason why that is. And the most insulting thing is the film itself, which is a big contender in being one of the worst films of 2018.

It was recently revealed that Show Dogs had a scene where Max has to go to his ‘happy place’ when one of the judges touches his testicles against his will. That’s the level of attempted humour the audience is gonna get here. And funnily enough, one of scriptwriters, Max Botkin, said that he didn’t write that joke and the script was re-written by co-writer Marc Hyman and twelve other writers. Which means that FOURTEEN writers wrote this damn thing and this was the best they could come up with!

Actor Omar Chaparro commented in the press notes that “The writer [of Show Dogs] is very clever because he wrote this story to be watched by everyone, not only kids but adults too”. That is the basic demographic of a family film, sir.

There are jokes that reference the careers of the actors like how Arnett references his appearances in The LEGO Movie and Ludacris comments on what he sees as ludicrous (Get it?!); and it comes off as pathetic, unfunny and pandering. And they say it out loud JUST IN CASE THE PEOPLE IN THE BACK AREN’T GETTING IT! Hell, the film references the dog film, Turner and Hooch, starring Tom Hanks. Whom in the target audience of children would even know that film?

Other forms of humour are dog farts, testicle jokes, blatant meta remarks, annoyingly pantomime performances and really bad CGI. Even the storytelling is non-existent, as there is no plot. Just a string of unfunny events that goes on for 90 minutes, that feels like three years. 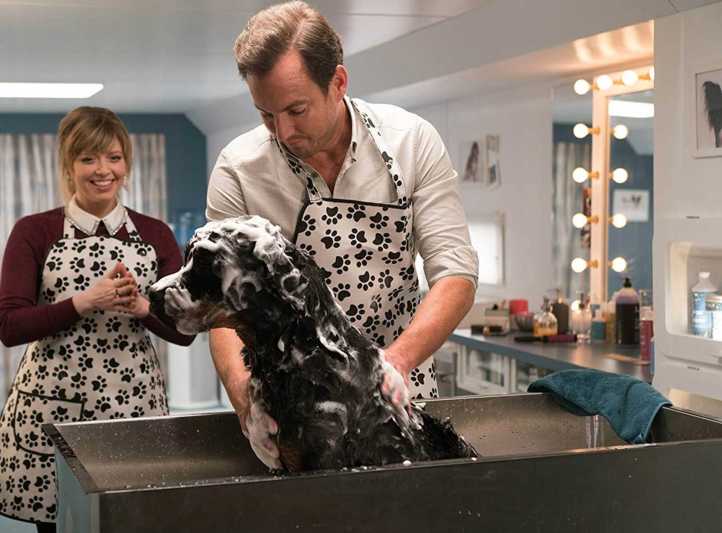 The cast assembled all look mortified to be there, wondering how the hell did they get involved in this thing. Arnett does the typical Will Arnett film performance, which involves talking in a deep voice and keeping his eyes wide open for as long as possible. Omar Chaparro does nothing with his villainous role but play pantomime to a supposedly evil facial expression that involves looking to the corner of your eye.

Lyonne is given nothing to do with a cardboard cutout of a character. The funniest things that she does involving Show Dogs are in the press notes, where she says zingers like “Will Arnett is so well suited to the role because I really believe he works for the FBI” and my personal favourite on her role in the film: “It’s clearly the role I was born for”. Seriously, read the press notes of Show Dogs; they are far funnier, less time-consuming and more enlightening than the film itself. 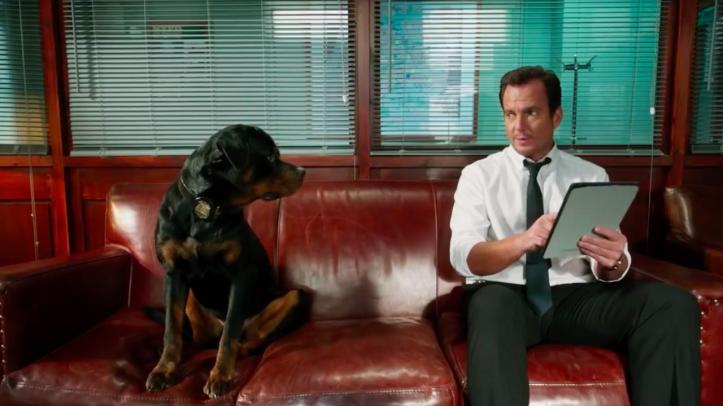 EDIT: The cut of Show Dogs that I saw had that questionable ‘happy place’ dog grooming scene cut down. Unfortunately, the other 90 minutes still remain. 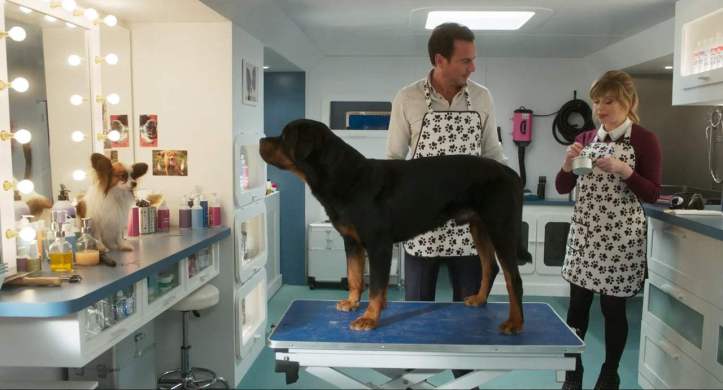