Movie Review – Back of the Net 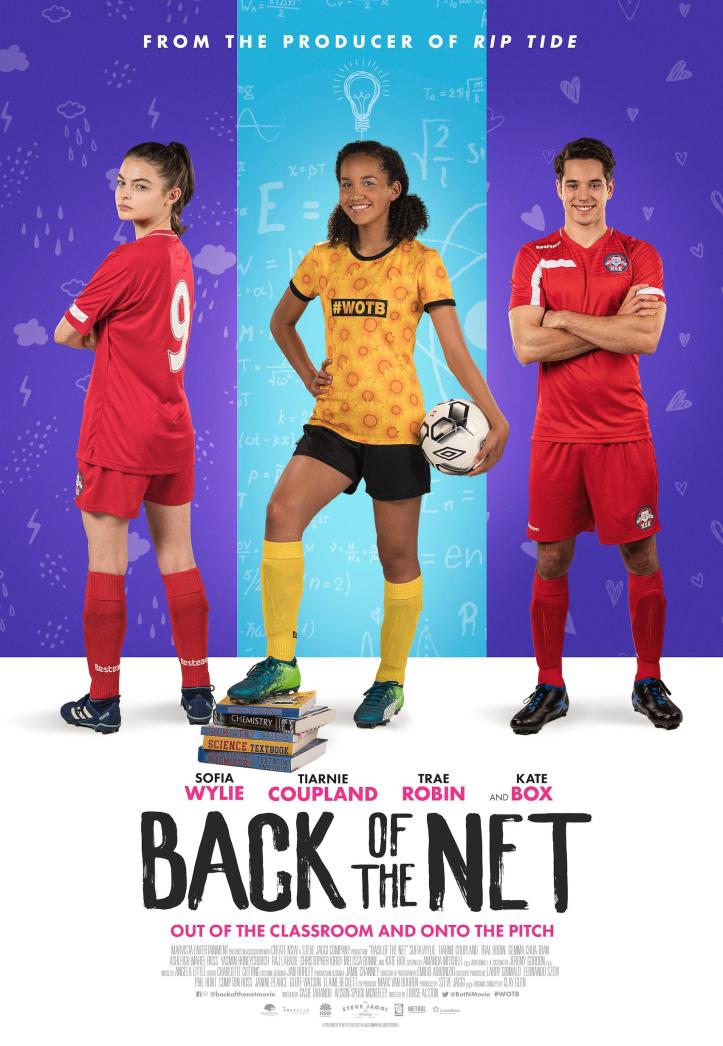 EXPECTATIONS: Something as enjoyably fluffy as Rip Tide.

REVIEW: It may seem quite strange for a person like me to review a film like Back of the Net, a film catered for pre-teens, but it may shock(!) some to hear that I was a pre-teen once. Growing up watching Australian TV shows like Ship To Shore and Round The Twist and watching films like Rob Reiner‘s Stand by Me and Lesli Linka Glatter‘s Now and Then, watching pre-teen films such as those would be a great nostalgia fix, even if I don’t fit the target demographic that these films are going for anymore.

In 2017, we had the release of the Australian teen drama, Rhiannon Bannenberg‘s Rip Tide, which was an enjoyable piece of pre-teen fluff, with all the predictable trimmings of pop-music covers, montages, didactic messages and morals and photogenic settings and actors. But it became a minor surprise that the film was made more substantial than the marketing implies; thanks to the passion of the largely female cast and crew, a refreshing perspective and good old-fashioned charm.

So when I went into Louise Alton’s Back of the Net, my expectations were optimistic. The two films have the same producer (Steve Jaggi), they both have a predominantly female cast and crew, they both have a Disney Channel star as the lead and they both revolve around sports. Will Back of the Net succeed as a piece of entertainment as well as a film that will appeal to pre-teens?

Slyly misleading the audience into thinking that the film is about a lead character who is passionate about sports, Back of the Net revolves around passionate science-lover Cory Bailey (Sofia Wylie) whom is supposed to fly to Sydney to attend a semester aboard one of the most advanced research vessels in existence (ie. something along the lines of Aurora Australis).

However, when she arrives, she unwittingly catches the wrong bus and ends up at a Soccer Academy. Cory is not the sporty, athletic type and is bullied by the highly admired would-be rival Edie (Tiarnie Coupland). But with the help of science and the few friends that she makes, she gradually begins to get out of this pickle.

Does Back of the Net kick many field goals? While it may not be as dramatically sound or as well made as Rip Tide, the film does provide its own charms and provides a solid message that many can relate to. As expected with pre-teen films, the story is predictable, the production values are measly (the under-cranking during the soccer games is laughable), the montages are plentiful as the music covers, some unintentionally funny moments (involving pickles and cucumbers) and the leads and settings are photogenic to the point of being almost interplanetary.

But the actors provide much fun and they are all charismatic and playful across the board. Sofia Wylie is charismatic, if a bit moody, as Cory, as she manages her new chapter in life, learning a foreign concept as well as breaking out of her shell. Tiarnie Coupland is fun, yet believable as Edie, the nemesis of Cory; giving a corner-of-her-eye villainy, whist being convincing when we gradually know as to what makes her character tick. The supporting cast all do fine in their parts, including Trae Robin, Kate Box and Gemma Chua-Tran being the standouts due to how amusing and charming they are as the love interest, authority figure and best friend respectively.

What is refreshing about Back of the Net is the message behind it. In films with similar stories, they usually involve inner conflicts between one’s best self and one’s honest self. In this case, Cory doesn’t forgo her science background in order to succeed in her sports endeavour, but she uses it to her advantage; showing that being the best that you can be doesn’t always involve sacrificing or diminishing who you are. It is to great credit to director Louise Alston and screenwriters Alison Spuck McNeeley and Casie Tabanou that his message is shoved down the throats of the audience and it is conveyed implicitly.

Overall, Back of the Net is an entertaining, if unremarkable piece of pre-teen fluff enlivened by entertaining performances, moments of likable charm and a refreshing message. 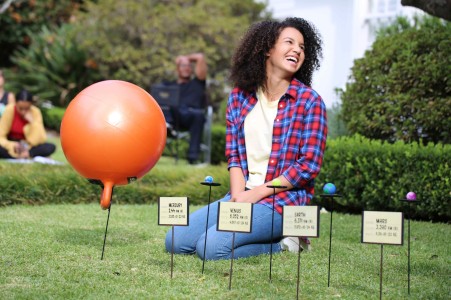