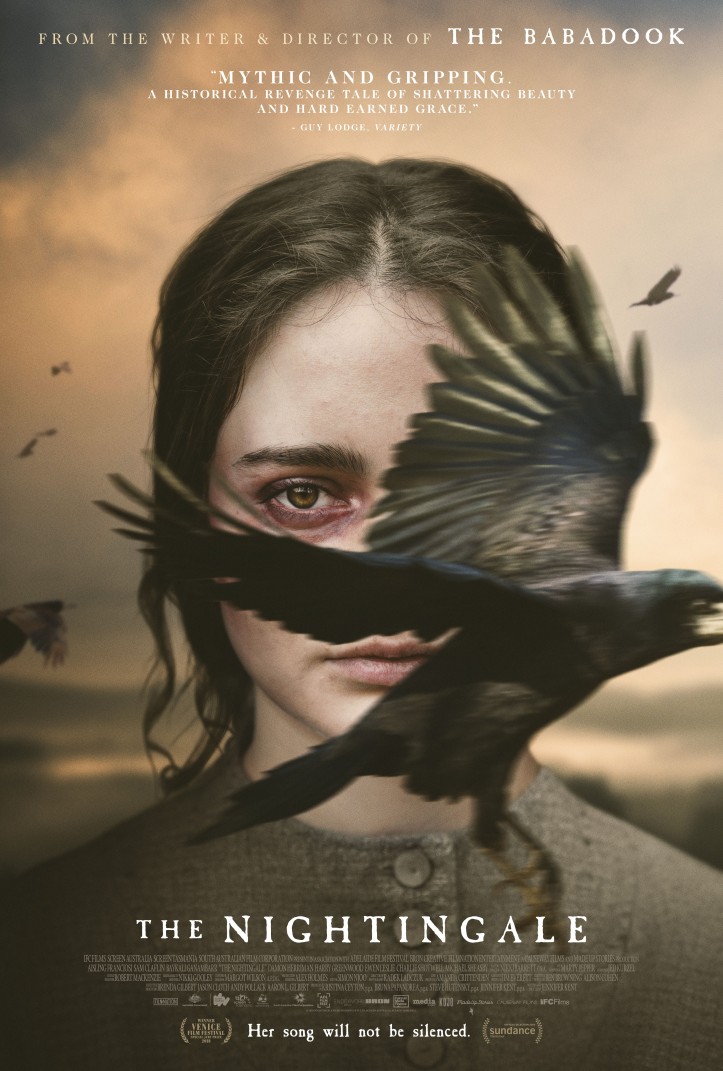 The Nightingale was one of my most anticipated films to see at Sydney Film Fest this year. The film had gathered lots of controversy due to its brutal depictions of violence and multiple rape scenes, which resulted in walkouts and moments of audience outrage.

Directed by Australian director Jennifer Kent, best known for making the acclaimed horror film The Babadook; working with unexplored (to the point of taboo) Australian history and starring a talented cast including Aisling Franciosi (whom I know from TV series The Fall), Sam Claflin, Baykali Ganambarr and Damon Herriman (also featured in Mirrah Foulkes’ Judy and Punch, showing at Sydney Film Fest), I wanted to see what the fuss was about.

Having seen the final result, I am ashamed to say that I just felt numb by the entire experience. The repugnant violence is as impacting as it is reported and considering that the film was produced in collaboration with Tasmanian Aboriginal elders, it is quite necessary that they feel that this is an honest and necessary depiction of their history and a story that needs to be told, as it was said by Kent herself as she introduced the film to a packed audience.

But the violence (while thankfully never exploitative or prurient) can be so brutal, so uncompromising and so overwhelming, that it can numb one’s experience from the rest of the film, which runs for a long 135 minutes. The numbing can also result in seeing the portrayal of violence as strangely calculated. I could actually predict the beats of shocking violence that could happen, which came off as annoying to me.

That said, the filmmaking is quite accomplished and the performances are all stellar. Kent’s direction manages to bring out striking and haunting beauty through the tale of revenge, particularly in the case when she gets into the turmoil of Clare via dream sequences, which are all quite disturbing.

Franciosi is astonishing in her performance as Clare, as she displays a compelling vigor that drives her quest and well-being; as well as a believably unhinged emotional state that drives her to madness. Claflin is the best he’s ever been as Hawkins, as he manages to be both reprehensible and human, without the need for histrionics or overacting. Ganambarr is fantastic as the tracker Billy, as he is able to create a character that is understandably angry with the current state of the world; as well as being believably composed in making the most out of his situations; which makes the pairing of Franciosi and himself worth rooting for. Herriman adds another scumbag role to his resume, as the feral and cowardly Ruse.

Overall, The Nightingale is an undeniably effective piece of work, but it might have been a bit too effective in my eyes. I am sure that a second viewing will be a more rewarding one.

For those who are into extreme cinema, don’t expect I Spit On Your Grave – The Tasmanian Edition.