Movie Review – Portrait of a Lady on Fire

French director Céline Sciamma is one of the best writer/directors in French Cinema working today. She specializes in coming-of-age dramas and this reviewer has been a fan of her work ever since he saw her film Tomboy. From fantastic directorial work like her directorial debut Water Lilies and her prior film Girlhood to stellar screenwriting efforts like André Téchiné‘s Being 17 and Claude Barras‘ My Life as a Courgette. It has been a long 5 years since her last directorial effort, but now we have Portrait of a Lady on Fire, a change of pace in form, as it is not a coming-of-age tale, but a romantic film.

Set near the end of the 18th century, Noémie Merlant stars as Marianne, a young painter who is tasked by The Countess (Valeria Golino) to paint a portrait of a young woman to be used to bring forth marriage proposals. The woman is the daughter of the household, Héloïse (Adèle Haenel), who has recently come home from a convent.

Knowing that she has previously refused to sit for portraits as she does not want to be forcefully married, Marianne disguises herself as a lady’s maid in order to gain her subject’s trust, along with the help of Sophie (Luàna Bajrami), the help. As the two spend time with each other, Marianne inadvertently ends up falling in love with Héloïse.

The synopsis sounds simple enough, but the final result itself is not only the best film I’ve seen this year, but it is the best romance film I’ve seen in a very long time. As soon as director Sciamma executes the first interaction between Marianne and Héloïse by visually referencing an iconic shot in Agnes Varda‘s La Pointe Courte, this reviewer knew he was going to like Portrait of a Lady on Fire very much. By the end of the film, which visually references a scene in Jonathan Glazer‘s Birth, he only realized then how much he was in love with it.

Sciamma’s direction is still assured and effortless as ever, as she relies on visual storytelling; a striking mise-en-scene (with the help from cinematographer Claire Mathon) that captures the split between the gradually developing fantasy between the two leads and the crushing reality that awaits them. That is not to say that this film is meant to be a history lesson, as Sciamma portrays the time period as the setting, rather than be used for historical accuracy, which allows for some refreshingly contemporary elements — the best element being the eventual fellowship between the three women of the household, consisting of Marianne, Héloïse and Sophie (who is much an artist as Marianne is due to her embroidery work), and what stems from it.

Not one moment in the film feels superfluous, gratuitous or needless — thanks to the the brilliant script by Sciamma and the fluid editing by Julien Lacheray, which lay out the groundwork with such simplicity and efficiency as Sciamma subtly uncovers and handles emotional layers over the two hour runtime so delicately to the point one would not realize how invested they are to the characters and their romance.

This happens with such a light, yet immediate touch via a series of walks, conversations and entranced looks between the women (hence the La Pointe Courte and Birth visual references). The use of interludes from Marianne’s point-of-view, showing her many attempts at painting the portrait of Héloïse, deftly show Marianne’s impression of her throughout the film; in which it becomes warmer in its use of colours and facial expressions.

Sciamma also holds back on the use of music, as it can be used as a cheap device to telegraph the emotions of the characters. Instead, she hints the use of it; making the sparse presence of them more powerful, as they mark many integral moments in the character arcs; whether it is the use of Vivaldi or a group of a women singing a haunting cappella song (thanks to the musical compositions by Jean-Baptiste de Laubier and Arthur Simonini). In between uses of music, the sound design takes over and it is very effective in showing the progression of the bond between the two leads i.e. the sounds of the embers crackling and popping in the fireplace or the sounds of the waves crashing in the beach.

From what is said, Portrait of a Lady on Fire gives the impression that it is an auteur film, but it must not be discounted that the fact is that the cast are absolutely fantastic in their roles. From the supporting performances, Valeria Golino (famous for many acclaimed French films as well as her American work like Rain Man and the Hot Shots films) gives solid work in her limited screentime as The Countess, as she manages to portray the struggle of coming to terms with society’s expectations and her instincts as a mother — in terms of looking out for her daughter; while Luàna Bajrami is convincing and believable as Sophie, who is more outgoing and spirited than one would expect, given society’s expectations of her profession.

But the solid rocks that guarantee the film is a success are the performances from the leads. As Marianne, Noémie Merlant manages to portray her inner turmoil — consisting of conflicting emotions of love and perseverance for the sake of what she perceives as art — extremely well; particularly when she begins to let go and ride the wave; letting the current of her emotions lead the way as she reciprocates to Héloïse. Adèle Haenel, capably portrays the brimming passion and seething anger within as Héloïse, as she wrestles with the claustrophobic nature of her exigent circumstances and longs for the beauty of the outside world. The two share an incredibly palpable chemistry that sparks from their first interaction to becoming figuratively combustible; during a scene where they attend a fireplace gathering as well as the powerful ending, which involves a masterful tracking shot that binds the two together.

Speaking of the word ‘masterful’, the adjective applies to the film itself, as Portrait of a Lady on Fire is director Sciamma’s best film that proves she is one of France’s gifted cinematic storytellers. Led by fantastic performances, genuine bouts of romance and passion, brilliantly sparse visual storytelling, effortless direction and a shockingly powerful emotional punch, it is the best film of 2019 (so far).

NOTE: This film was seen at Sydney Film Fest earlier this year and is currently showing at the Melbourne International Film Festival. Click the logo below for booking times. 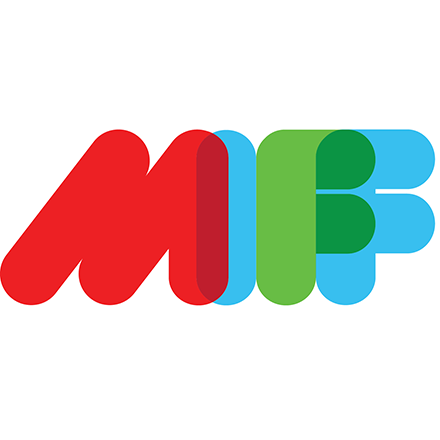