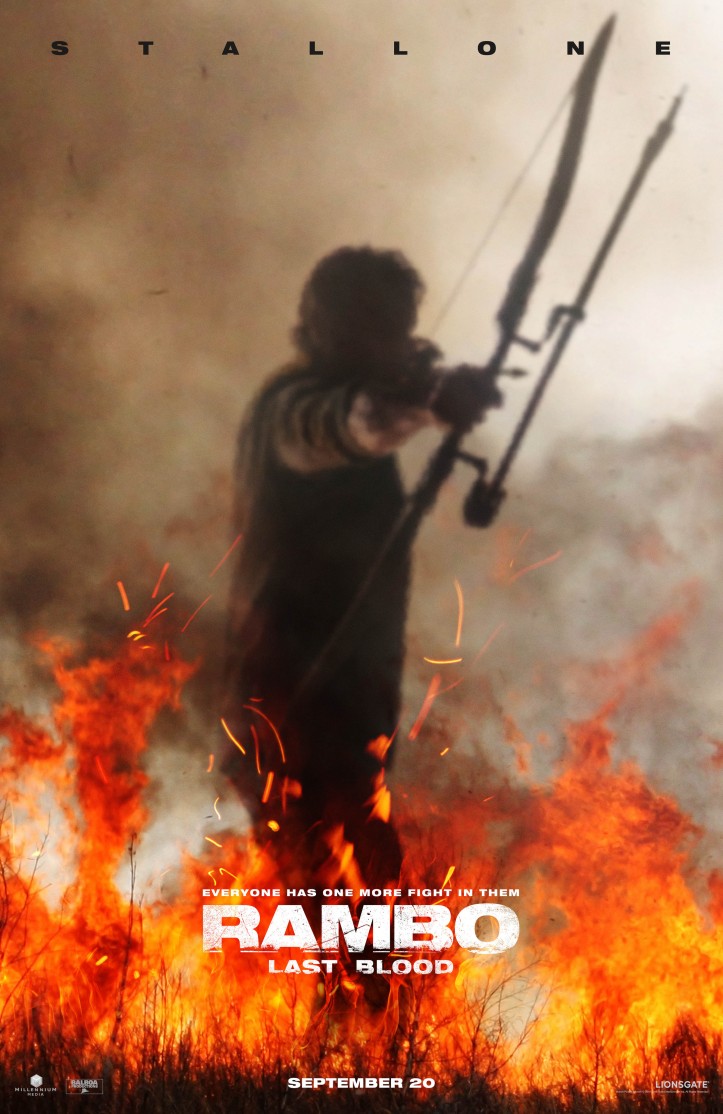 REVIEW: Did anyone ever imagine that Sylvester Stallone would continue the Rambo franchise up to the fourth installment in 2008? If you said yes, ask yourself that same question, in terms of a fifth installment coming out in 2019. It is amazing to see the progression of the franchise from a traumatized political parable — that is also one of the first films to address PTSD (Post Traumatic Stress Syndrome) — into an overblown cartoon splatter fantasia.

Now we have the final(?) entry of the franchise, fittingly titled Rambo: Last Blood. Having gone in development for the last decade, with many scripts thrown away (including one that was compared to the Coen Brothers‘ No Country For Old Men), it is easy to assume that a lot of effort was put into the making of this installment. With Adrian Grunberg at the helm (best known for being the protege of Mel Gibson, having made his directorial debut with Get the Gringo), will Rambo: Last Blood provide a satisfying hurrah for the soldier without a war?

The film starts off with John Rambo, working as a voluntary rescue worker, saving people from a massive rainstorm. Unfortunately, he was unable to save everyone and it bears similarities to the fates of his fallen comrades in the Vietnam War. He lives a life of peace and quiet (When does he not?) in his family home, caring for his horses and living with his lovingly named “sister”, Maria (Adriana Barraza) and her pure-hearted daughter Gabriela (Yvette Monreal).

However, news comes to Gabriela that she knows the whereabouts of her estranged father, whom is not revered well by Maria and Rambo. In spite of the warnings, Gabriela decides to go to Mexico to go look for him. Unfortunately, she gets taken hostage by a sadistic Mexican cartel, leading Rambo on a trip to Mexico to rescue her from the clutches of human traffickers, headed by the Martinez brothers (Sergio Peris-Mencheta and Oscar Jaenada).

When the teaser trailer for the film came out, many people made comparisons of it to James Mangold‘s Logan and Clint Eastwood‘s Unforgiven. It is too bad, since the final product is so far away from those films, it is almost ludicrous that those films were even brought up in the first place. Rambo: Last Blood is nothing like the first film and is a lot more like the fourth film: ultra-violent, racist, corny, laughable and bewilderingly sincere. But this reviewer would be lying if he had said he did not enjoy it. In fact, it may be the best unintentional comedy of the year.

Hilariously enough, it shares some similarities to the Liam Neeson action film, Pierre Morel‘s Taken; as it shares a similar plot (that has been well-worn for over sixty years since John Ford‘s The Searchers) but it also has the same thread of xenophobia. The men are either hoodlums, drug dealers, human traffickers or terrible fathers. Even the women are put through the misogynistic ringer as they are portrayed victims, plot devices or worry-warts. [Mental side-note: What is it with the recent string of films that involve leading characters musing about their estranged parental figures and are upset when they realize they are not cracked up to be?]

The script is incredibly blatant with its themes that it becomes laughably didactic; which makes perfect sense since Stallone’s performance indicates that his face can no longer move, making it difficult to act out the dramatic scenes. Thankfully, he knows his acting range — when he is silent and works on his action chops — or he is busy welding in an angry way — his sheer presence does lend a certain grit and intensity that works well within the film’s scope; even if the scope is very misguided.

Speaking of the performances, the acting ranges from pantomime (Peris-Mencheta and Jaenada twirl their mustaches and then some) to petrified (Monreal cannot emotionally register convincingly); with only Barazza and Vega (two great actresses in their own right) managing to imbue some life into their thin roles with utmost sincerity.

The downright serious tone of the film is at odds with the film’s intent to the point that it becomes shockingly funny. We are shown horrific acts from the villains like forcing women into drug use and implied rape, and yet the counter-balance of the violence and retribution in the third act is so over-the-top, that it borders on hilarious farce; complete with terrible green screen (As expected, since it is a Millennium Films production). You would expect a bottle of beer to sprout out of the armrest as it is so mindlessly violent.

A positive can be said for the latest film; which is that it is not morally repugnant like the previous film; thanks to dispensing the sanctimonious ideals (in the case of the fourth film, religion) to motivate the character’s (and the film’s) pursuit of blood-soaked, entrails-smothered carnage.

One can look at Rambo: Last Blood as an incredibly boneheaded amalgamate of the third installment and the fourth installment, as it combines the comic-book fantasy of the former with the serio-comical splatter of the latter. Or one can look at the film as an unintentionally hilarious horror comedy with all the gallons of blood, severed heads, disemboweling, bone shattering and numerous explosions one could want. Your mileage may vary but either way, you’re gonna need a good supply of body bags.